Anyone can invent a recipe, but what makes a recipe endure? Which are the ones that survive centuries without their ever even having been written down? What are the conditions and experiences that shape a handful of ingredients into something so meaningful?

The focus of this blog is Sephardic (Judeo-Spanish) food and the culture that it comes from. Each reveals something of itself through the other; they are intertwined and interdependent, equally influenced as much by philosophy, history, convention and politics as they are by the ingredients available at the local market. Through histories, recipes, memoirs and informed observations, I hope to impart a sense of what it is to be and feel and eat Sephardic, and an opportunity to live and explore our legacy in a meaningful way in the 21st century.

Enjoy the stories, the commentary, the photos. Ask questions, offer your own insight and experience, visit often.  And of course, try the recipes. 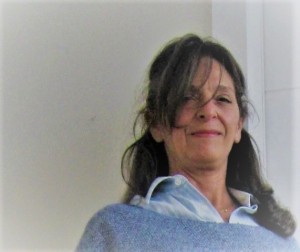 Janet Amateau is a descendant of the Ottoman Sephardic communities of Rhodes and Adalia, Turkey. A New York native who has lived in Spain for more than a decade, she grew up in a Ladino-speaking household immersed in the generous and hospitable tradition of preparing and sharing delicious meals over lively conversation, two hallmarks of Sephardic culture.

In 2007, following earlier careers in theater and international tourism, Janet opened a pioneering restaurant, Tradescàntia, on the Barcelona coast; featuring classic Ottoman Sephardic cuisine alongside traditional and creative Mediterranean fare, the project was a rare undertaking in Spain and groundbreaking in Catalonia. 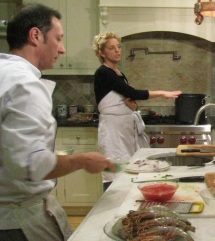 In 2012 she returned full time to Sephardic food research, consulting, and writing. Her essays, articles and recipes have been published in The New York Times, The Washington Post, The Forward, The Philadelphia Jewish Voice, and cookbooks by Aliza Green and others. She has been the subject of features and interviews for The Washington Post, the BBC, El Alef (the magazine of Casa Sefarad-Israel), TV3 Barcelona, The Jewish Week, and in books including Too Good to Passover, by Jennifer Abadi, and The Forgetting River: A Modern Tale of Survival, Identity and The Inquisition, by Doreen Carvajal of the NY Times. She consulted to the Lower East Side Tenement Museum in New York,  has lent her expertise to Jewish food writer Joan Nathan and others for articles in Tablet Magazine, Moment Magazine, The Forward, et al., and was cited by Italian food expert Marcella Hazan in Marcella Hazan’s Musings. For several years in Barcelona she catered Sephardic food tasting events for the European Day of Jewish Culture, an annual open door event across Europe.

She is currently living in Seville, Spain.