Legacy Passover recipes from Rhodes. (The book is back)

What are you making for Passover? A la muestra!, my legacy Passover recipe collection, long out of circulation (just like me), is back this year in a beautiful new edition that makes me smile, with revised commentary, larger fonts and photos, some adjustments to the menus and recipes, new serving suggestions, some interactivity with the blog, and my usual meticulous instructions that are written to ensure your results are not only delicious, but true to the authentic techniques, flavors and textures of classic Sephardic cooking from Rhodes. That’s a real revision! END_OF_DOCUMENT_TOKEN_TO_BE_REPLACED 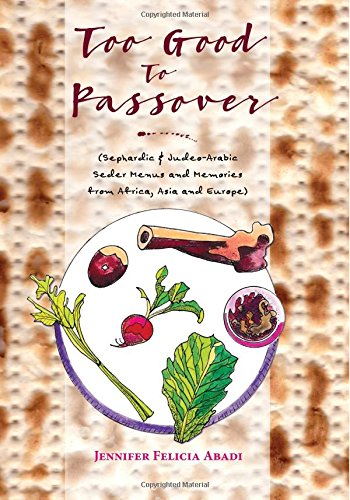 END_OF_DOCUMENT_TOKEN_TO_BE_REPLACED

Wishing everyone a beautiful and Happy Passover!

Well, the new, organized me just keeps on happening, so scroll on up to the top of this page, spot the new PASSOVER tab, and head on over there for quick links to holiday recipes and reading.

I’ll drag this site out of the Dark Ages yet. In the meantime, here’s a little Blossom to welcome in Spring: