What Do You Do With a Spanish Passport?

There’s an op-ed piece The New York Times this week about Spain’s current offer of citizenship to Sephardim, with a good analysis of the “real” motivation driving the offer. This follows an article that appeared in late January in The Forward, also well worth reading, in which a Sephardic American journalist considered his options, visited Spain, and said “no thanks” to the idea of a Spanish passport.

I wasn’t going to weigh in on this one, but I’ve changed my mind. 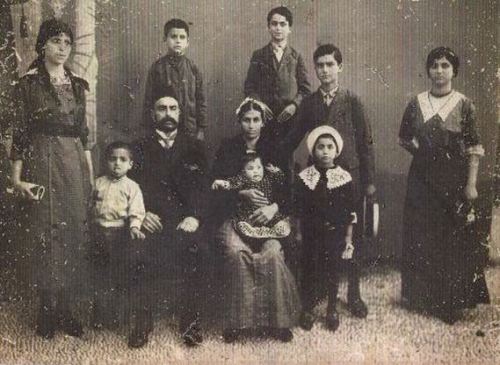 The law has yet to be enacted, but to read the papers in Spain, you’d think tens of thousands of Sephardim will be lining up with their with their application forms and Ladino accents to claim a glorious Spanish passport.

Of course, the vast majority of Sephardim are not exactly champing at the bit to wave the Spanish flag, even if they will be allowed dual citizenship. (Which also happens to be a passport to all Europe, folks.) Among the printable comments I’ve read are:

“Too late. They had their chance.”

“Are they for real?”

“You can’t spell ‘repatriation’ without ‘reparation’.”

Both articles assert that Spain’s reasons for trying to lure back “its Jews” are motivated more by economics than by any true sense of moral responsibility. Were the latter the case, Spain wouldn’t be saying “you can come back if you want to,” it would be asking, “won’t you please come back?”

It’s not enough for the Minister of Justice to say what a mistake Spain made in 1492. No one in the Spanish government has gotten the tone right on this issue, and that pisses off a lot of Spanish Jews. We’re still waiting for the apology, for a genuine show of remorse. If Germany could do it, why not Spain, right?

Spain used to exasperate me so, people couldn’t understand why I stayed. I’ve learned things, had experiences and encountered attitudes that would at the very least make you roll your eyes, if not scream with rage – which is exactly what I did for a long time. We carry ancestral experience in our DNA, and for a few years I found myself reacting not only to whatever major or minor annoyance that was happening, but to the wrongdoing of centuries.  I could literally feel every single one – every abuse, every indignity ever suffered by any Spanish Jew – to the core of my being. It wasn’t fun.

It’s exhausting to live with so much anger. No matter how righteous, how valid your reasons may be, in the end it’s self-destructive to hang onto that kind of energy all the time. It drains your health, and your spirit, and your ability to effect positive change.

Processing my own rage took a very, very long time, and couldn’t begin until I recognized it as the bereavement it was; I was living in a state of grief. I found I was in deep mourning for all of my ancestors, all Spanish Jews, all conversos, all cryptos. All of them. That’s a heavy load to carry around. Apparently it was always in me, but I had no idea until it all came spilling out. Glad that’s over. I much prefer happy and peppy.

Every dysfunctional family knows you can suppress a dirty little secret (or a really big one), but that won’t make it go away. On the contrary, it festers. If I could feel so deeply as an “outsider,”  I thought, imagine what a Spaniard carries around here at the scene of the crime, where they don’t exactly do a good job dealing with the elephant in the room. The fact is, most of them would rather the whole business just went away. But not all of them.

And that’s where the opportunity is.

I’ve been asked by an ardent, Madrid-hating, Catalan separatist why on Earth I care so deeply about my Sephardic heritage. I’ve been asked to promote “Sephardi Lite” cultural activities in places where as a Jew my own presence wouldn’t be appreciated. In a country where it’s considered profoundly rude to ask a person whether they’re Jewish, a real invasion of privacy, I’ve been introduced endlessly in social situations as “Janet – she’s Sephardi!”. (Apparently it’s okay to announce this about someone else, although I assure you it can be a real conversation stopper. And granted, I’ve had the same token Jew experience in New York.) Well-meaning friends try to hook all us Jews up together, like we’re all supposed to be best buds just because, you know, we’re Jews. An acquaintance hugged me when he learned I can hold my own cooking shellfish and bacon. Even if I did think his reaction was kind of jerky, I took the high road – but not the high and mighty. Other than through stereotypes, he’s had zero exposure to Jewish people or culture. Zero. He’s naïve. And it turned out he was looking for a chef.

So much naïveté can be tiresome, but it sure beats bigotry. A good teacher doesn’t tire of earnest questions, or shows of openness and a willingness to learn. People don’t often ask questions in Spain (it’s a cultural thing), so when someone does, that’s a rare opportunity. You’ve been given the gift of an ear that wants to hear what you’ve got to say. That’s a time to choose your words wisely and well – not to say screw you.

You can’t force a sincere apology any more than you can torture someone for an honest confession. You can’t force people to think a certain way, or to embrace you, or love you, or even to like you. You can hope they’ll understand you. That’s a good start. But they’ll never begin to understand you if you don’t get to know one another first. So how do you get to know someone in Spain? Slowly, for one thing. Unless you’re family, an invitation home is rare. And now Spain wants to hold the door open.

Politics is politics. They may or may not get around to actually doing it, and personally I have no idea whether I’ll apply for a Spanish passport, but I’m also not too concerned about their reasons, official or otherwise. They don’t matter. I can form my own. I can be the reason.

15 responses to “What Do You Do With a Spanish Passport?”